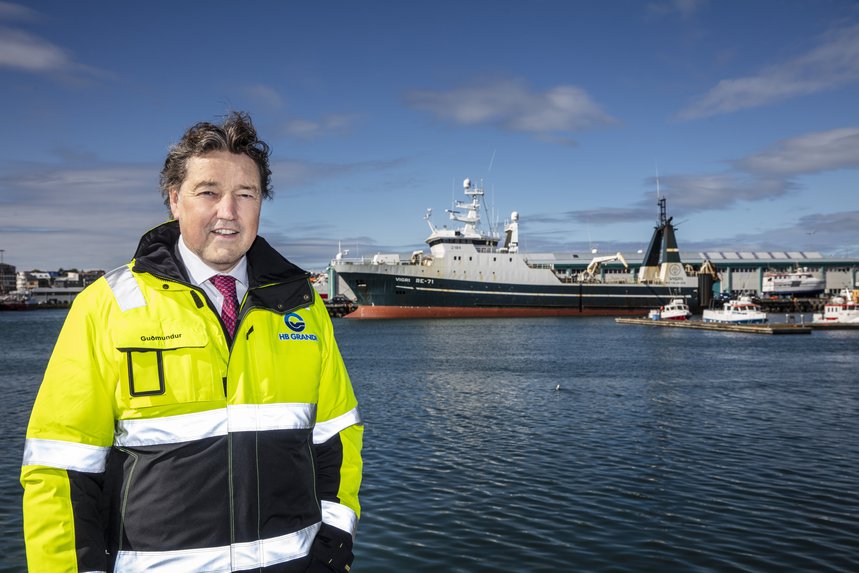 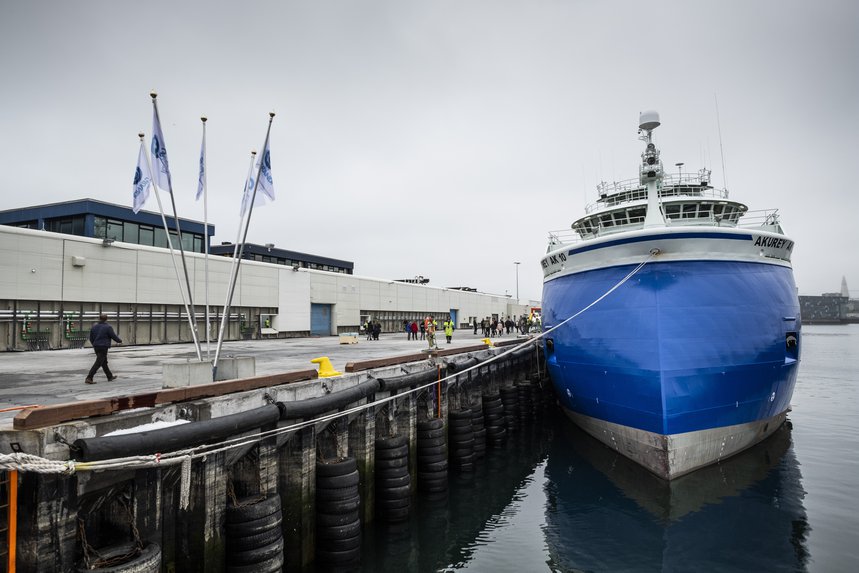 This section addresses a number of issues that have arisen in 2018.

It is the stated policy of HB Grandi to engage in responsible marine produce value creation. This means maximising the value of the shared natural resources that the company is entrusted with and doing so in an economical and profitable manner.

The history of HB Grandi has been characterised by change, innovation and technological development. The company intends to continue to shape the future of sustainable fisheries in Iceland.

HB Grandi intends to set a good example in the community, and company staff strive to be a credit to the company in all their work. Discussions on social responsibility arise regularly when the company is faced with changes to its operations. All changes that the company decides to adopt, even if such changes prove to be controversial, are intended to strengthen the company as a whole and ensure its continued success and that of those who work there.

HB Grandi is going through a phase of changes. Following significant volumes of share trading in 2018, a new set of owners took over the company. Its senior executive management was subsequently changed. A new CEO took over and the number of Executive Directors was reduced from six to two. At present, the Executive Management consists of three members. The new organisational chart of HB Grandi was approved by the company’s Board of Directors. The structure of the company was simplified with the goal of concentrating on core activities.

During the latter part of the year, the decision was made to reorganise the operation of the company’s groundfish operations in Vopnafjörður. The company intends to continue to operate in Vopnafjörður between seasonal operations, and an examination is being made of the best manner in which this can be achieved. When making decisions such as these, account is taken of economic, social and environmental aspects. The company is duty bound, at all times, to seek means of streamlining its operations.

At the beginning of November, a shareholders’ meeting approved HB Grandi’s purchase of Ögurvík ehf., which operates the freezer trawler Vigri RE. Vigri RE has one of the highest catch quotas in the Icelandic fishing fleet, with 7,680 tonnes of groundfish and 1,663 tonnes of mackerel during the present fishing year. The purchase significantly strengthened the core operations of the company, and its catch quota of valuable groundfish species increased by 16%, or to 55 thousand tonnes.

During the earlier part of the year, the decision was made to invest in a special compactor to reduce the volume of EPS boxes sent to landfills. A considerable volume of such boxes is delivered to Norðanfiskur, HB Grandi’s subsidiary, due to the purchase of fresh salmon for processing for the Icelandic market. It subsequently became clear that the benefits of reducing landfill volumes would be considerable, as the compaction reduces the dimensions of the fish boxes by around 95%.

In co-operation with Íslenska Gámafélagið, an agreement was reached with a Chinese company with operating units in China and Malaysia. The Chinese company wished to purchase all compacted EPS available from HB Grandi. BM Vallá was then invited join and fill the first 40 ft. container of compacted raw material. BM Vallá in Akranes manufactures prefabricated unit houses and uses a significant amount of EPS in its operation. A considerable volume of the material is damaged in the manufacturing process and is very suitable for compacting. By the end of the year, 7 tonnes of compacted EPS had been collected, 6.5 tonnes from HB Grandi and 0.5 tonnes from BM Vallá. The container is ready for export and it will be quite exiting to follow the progress of the project.

This Chinese company recycles 50,000 tonnes of EPS every year and manufactures e.g. picture and mirror frames from the material. According to the website of the company, the company is saving over 2,000,000 trees from being felled every year and is thereby reducing carbon emissions by approximately 100,000 tonnes annually. 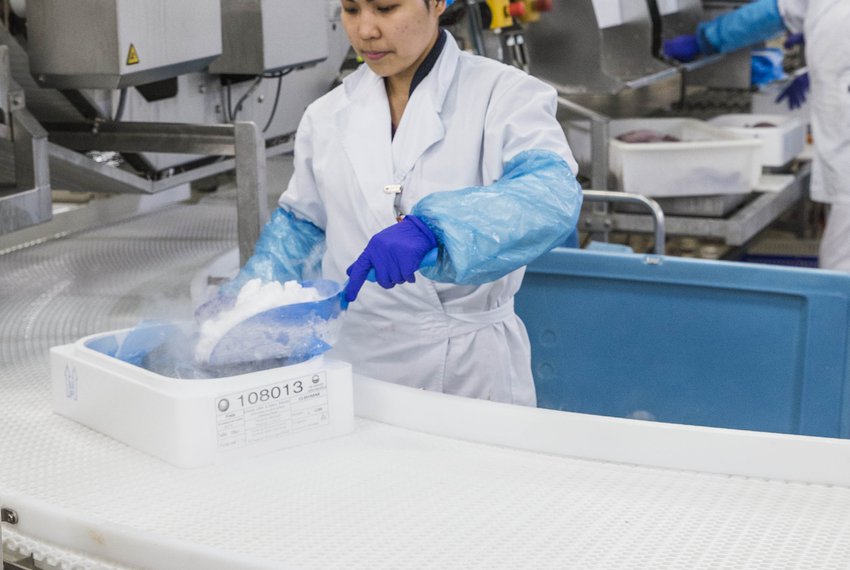 As of 2015, HB Grandi, in co-operation with Klappir, the Icelandic Coast Guard and the Environment Agency of Iceland, has participated in the development and adoption of electronic administration on board its vessels. To date, mandatory registrations on board vessels as regards environmental effects have always been on paper. These include registrations of waste disposal, oil use and the use of ozone-depleting substances (ODS) in a paper logbook according to the MARPOL Convention of the International Maritime Organisation (IMO). The goal is to turn these books into e-books and thereby take a large step forward in the field environmental management.

The work began in 2015 with the adoption of an e-waste log on board Ásbjörn RE 50. Other HB Grandi vessels followed shortly thereafter. Numerous types of log books have now been converted to electronic versions, including oil logs, route logs and ballast logs.

The benefits of the project are numerous and touch on the operation of a large number of parties involved in the issue. HB Grandi can now take advantage of the data stored in the log books for environmental management and can gain an overall picture of all its vessels’ environmental aspects, as well as remotely monitor registrations. Regulators, such as the Icelandic Coast Guard and the Environment Agency of Iceland, can now undertake their statutory surveillance role electronically and thereby minimise the cost and effects that monitoring registrations has on the operation of vessels. Data from the log books is streamed to port authorities who are responsible for their statutory role of accepting delivery of waste.

This achievement can be attributed to technological advances, i.e. better vessels and equipment, and not least to the work of the Maritime Safety and Survival Training Centre which was established in 1985. The Training Centre is responsible for education on safety issues and accident prevention. Attending training courses is a prerequisite for being legally registered on a ship.

HB Grandi is extensively involved in accident prevention, as can be seen in both its internal work, i.e. education and prevention, and by the fact that the company supports the robust work of the accident prevention and rescue work both on land and sea through ICE-SAR (Landsbjörg). At present, the Maritime Safety and Survival Training Centre is a subdivision of ICE-SAR. 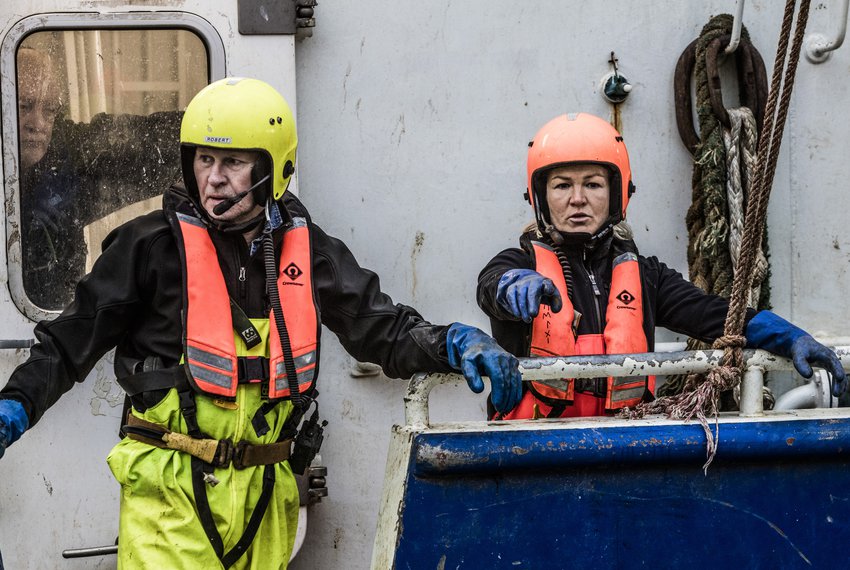 HB Grandi places great importance on taking proper care of the fish stocks that form our resources. The company complies with all rules and resolutions that apply to fisheries and has no involvement in piracy (Illegal, Unreported and Unregulated (IUU) Fishing).

At HB Grandi, it is considered responsible fishing practice to fully utilise all catches that the fishing vessels of the company bring in to create as much value as possible. Catch dumping, moreover, is completely illegal according to the Fisheries Management Act.

The Icelandic authorities have established strict rules on the weighing and recording of marine catches, and the employees of HB Grandi make every effort to follow them to the letter. It is of extreme importance for HB Grandi, as well as for the Icelandic fisheries sector in general and the nation as a whole, that the condition of the fish stocks remain healthy and that information on catches and conduct with regard to the marine ecosystem is reliable, traceable and transparent.

The groundfish operations of HB Grandi are carried out almost exclusively with bottom trawls. The fishing operations are in all cases carried out in accordance with Icelandic laws, and all closures are respected, whether temporary closures of areas due to spawning or whether due to the fragile condition of bottom biota.

BIRDS AND A RANGE OF MARINE LIFE FORMS

PROMOTE THE INCREASED USE OF RENEWABLE ENERGY

Landsnet, Rarik, HS Veitur and Félag íslenskra fiskmjölsframleiðenda (FÍF) have agreed to encourage increased use of renewable energy in the fish meal and oil processing industry in Iceland. By means of a declaration of intent that these parties have signed, the goal is to make fish meal and oil processing even more environmentally friendly by promoting increased use of electricity in the processing and thereby reduce the use of energy sources that emit greater carbon footprints and, at the same time, increase the likelihood that the goals of the Paris Convention and the action plans of the Icelandic government as regards climate goals will be achieved.

Icelandic fish meal and oil processing manufacturers have, over past decades, used both fossil fuels and electricity in their operation. During recent years, fish meal manufacturers have purchased curtailable transmission and distribution of electricity. Due to the limited security of transmission and distribution in the electrical system, insecure availability of electricity and fluctuating demands from fish meal processors, fossil fuels have been a necessary back-up source of power in the operation and have replaced electricity when needed. This will remain the case at present.

Further information on the energy use of HB Grandi fish meal plants can be found in the chapter on environmental issues. 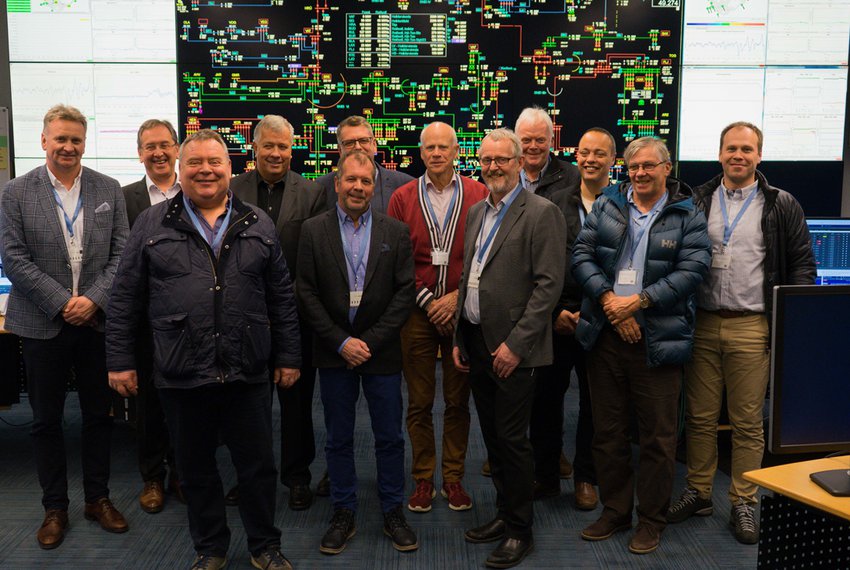